The Metaverse might be the answer to the question of what the online world will look like in the future. To put it simply, what is the metaverse? Who is responsible for the development of this metaverse?

Have you ever tried 3D virtual reality at a theme park or a shopping mall?

Do you ever employ a virtual self while playing video games?

If this is the case, you should have no issue comprehending the concept of the Metaverse.

Consider a future in which people may do everything from lounging on their sofas in the actual world to working, shopping, and socializing with others in a virtual environment. This region is often referred to as the “metaverse.”

Once Facebook officially became Meta in October 2021, the word “Metaverse” became common use. To realize its vision of the metaverse, the corporation then said it will invest $10 billion over the course of the following year in various technological developments.

In many ways, the metaverse represents the internet’s natural next step. As an example, individuals will use digital representations of themselves to work together in a variety of settings, including as video games, online forums, and business meetings.

What exactly is the metaverse?

The conception of the metaverse is not new. It was initially mentioned in the book Snow Crash published in 1992. Later, a number of firms, most notably Second Life, which was introduced in 2003, established online communities based on the idea.

People use avatars to represent themselves, connect with one another, and virtually construct the community in the metaverse. In the metaverse, digital cash is used to purchase clothing, weapons and shields in video games, and a variety of other products. Using a virtual reality headset and controllers, users may also journey around the metaverse without a specific objective for enjoyment.

The future depicted in Snow Crash was mostly dystopian, and the metaverse was not portrayed in a good light. Neal Stephenson invented the term metaverse to describe a virtual reality-based internet of the future generation. In Stephenson’s metaverse, technological aptitude, which was symbolized by the complexity of a user’s avatar, was one means of gaining prestige. Another status indicator was access to restricted areas, a predecessor to paywalls and registration restrictions used by certain websites today.

Ernest Cline’s Ready Player One was another book that helped popularize the concept of the metaverse. The novel was eventually adapted into a film directed by Steven Spielberg. The 2011 dystopian science fiction book is set in the year 2045, when people use The Oasis to escape the issues affecting Earth. Users access the world via a virtual reality headset and haptic gloves that allow them to grasp and feel digital items.

You may refer to it as a platform, ecology, planet, or universe.

We call it a futuristic virtual world.

The Metaverse is a future digital environment where users may immerse themselves via their digital avatars in virtual and augmented versions of reality.

Metaverse: Definition of the Word

Metaverse is derived from the words’meta’ and ‘universe’

Therefore, the metaverse is a world that exists outside the known universe. Although it resides in the virtual domain, it seems as genuine.

Where did the concept of the metaverse come from?

Why is Metaverse a news topic?

Multiple firms are investing on technology linked to the metaverse.

That other world, the metaverse

What if, instead of just sitting in front of the TV and watching a game, you were really a part of it?

Suppose you and your loved ones in San Francisco could sit down to a meal at a New York City restaurant even while you’re in Washington, DC.

The metaverse is, indeed, a digital realm where users communicate via simulated identities.

That online community will serve as a hub for a wide variety of activities, allowing users to connect with colleagues, socialize with friends, and shop for necessities all in one place.

Any user with a computer or smartphone may enter this simulated world. However, specialized technology such as VR goggles, AR glasses, video game consoles, etc. are recommended for a more comprehensive immersion experience.

What distinguishes the metaverse from the internet?

The Internet is a system of interconnected networks that includes many millions of computers and other types of electronic devices. Users that have access to the internet are able to do business, engage with others, and conduct research all from the comfort of their own homes.

The metaverse complements the internet rather than competing with it.

In the metaverse, people utilize tools like virtual reality (VR), augmented reality (AR), artificial intelligence (AI), social media, and digital money to travel around a digital environment that resembles the actual world in some ways. People “browse” the internet to find what they’re looking for. However, individuals may “live” in the metaverse to some extent.

Find out what makes augmented, virtual, and mixed realities unique by reading this.

It is possible for governments to establish a presence in the metaverse as well. One country, Barbados, for instance, intends to build a diplomatic embassy in the metaverse, more precisely in the virtual realm of Decentraland, whereas most others maintain a very low profile online.

The proliferation of online services is paving the way for the development of the metaverse.

“In gaming, you see Roblox, Minecraft, and other immersive video games — and even Zoom — foretell what the metaverse is meant to deliver,” says Ben Bajarin, an analyst at Creative Strategies. “You even have a virtual presence on a number of social media sites.”

Now he argues the shape the metaverse adopts is an open topic. Do you plan on making it public like the internet? Alternately, will it be a gated experience managed by a few megacorporations?

“The major companies all want to be first movers and have their own ecosystem win out,” Bajarin added.

What makes Metaverse distinctive from the Internet as we know it now?

The Internet as we know it now is a 2D network.

When you browse Facebook, you see pictures of your friends and acquaintances in two dimensions.

The transition from 2D to 3D is the next step.

Therefore, the Metaverse is the 3D version of the internet. Also, the Internet, but in real life!

Organizations in the Metaverse

The following are examples of businesses that are developing their own metaverse strategies.

According to an open letter sent by Facebook CEO Mark Zuckerberg, the business’s investment in the metaverse represents a major shift and is part of a new strategy for the company to “bring the metaverse to life.”

Furthermore, he said that the company’s focus is on the “metaverse” rather than the “Facebook” itself. That’s a big deal since it means people won’t have to rely on Facebook to access the metaverse’s other services. Facebook has sold millions of its virtual reality (VR) Oculus headsets, which can be used to explore the metaverse, and other items.

Zuckerberg said in the Meta announcement that Facebook’s goal is to hasten the creation of the underlying systems, such as social platforms and creative tools, needed to “bring the metaverse to life.” Horizon Worlds, a virtual reality (VR) place users may travel as an avatar, and tools for developers to construct more VR spaces were released by Facebook after the Meta news broke in late 2021.

After raising $1 billion in 2021, Epic Games, inventor of the Unreal Engine and the massively successful Fortnite online game series (which has around 350 million players), intended to establish a foothold in the metaverse. Sony Group Corp. contributed $200 million toward this total.

Epic Games, in contrast to Facebook, envisions the metaverse as a place where people can come together to engage with one another and with companies without having to wade through an ad-filled news feed.

Sony Group Corp. chairman, president, and CEO Kenichiro Yoshida stated in a statement, “I firmly feel that this accords with our aim to fill the world with emotion, using the force of creativity and technology.”

Microsoft Teams, the software giant’s answer to Zoom in the realm of online conferences, is getting a metaverse update soon. Mesh for Microsoft Teams is expected to be released by Microsoft in 2022. Teams users in various regions may now participate in virtual meetings together by sharing and collaborating on holographic experiences with the new feature.

According to Microsoft, Mesh would allow users to create an avatar of themselves and utilize it across several devices. This is an expansion on Microsoft’s previously announced Mesh for Developers platform, which provides AI-powered capabilities for avatars, session management, spatial rendering, synchronization across many users, and “holoportation.” Through the usage of holoportation, users are able to rebuild and send high-quality 3D models of individuals in real time thanks to a 3D capture technology.

Microsoft and the consulting company Accenture have already been collaborating to develop Mesh-enabled virtual reality environments. More than 100,000 individuals are added to Accenture’s workforce every year, and the company relies on Mesh to facilitate their transition.

As part of the onboarding process, new workers gather on Teams to learn how to create a digital avatar and get access to One Accenture Park, a collaborative online area. The future amusement park-style area has a digital boardroom, a digital monorail, and a central conference room for new recruits to utilize.

How close are we to entering the metaverse?

While the concept of interacting in a digital environment has been known for some time, a fully realized metaverse with really realistic interactions is still some time off. Most individuals don’t have the VR goggles and motion capture gloves to effectively record their emotion, body language, and quality of speech, Microsoft co-founder Bill Gates said in his annual year in review blog post.

But according to Gates, most virtual meetings in the corporate world will take place in the metaverse, a 3D area with participants appearing as digital avatars, within the next two to three years.

The Metaverse is a more sophisticated version of these VR platforms that allows users to create unique digital avatars.

What is the status of the Metaverse right now?

What are the current obstacles facing the metaverse?

The exact shape that Metaverse will take in the end is still up for debate. Who will have ultimate authority in this digital world is another open topic.

Because of the complexity of the ecosystem of virtual worlds that will comprise mixed reality, its creation is expected to take decades and involve hundreds of enterprises pooling resources such as technology, software, and content.

In order for the metaverse to function, we need tools and systems that just aren’t available right now. The capacity of the Internet as it now exists and the bandwidth it can provide are inadequate for a fully immersive 3D virtual world.

Standards and protocols in this sphere will have to be more comprehensive and sophisticated than those of the classic Internet. In light of this, major IT firms like Amazon, Google, and Facebook will have to be ready for cross-system integration.

Because there is less likely to be widespread agreement on data security and permanence in an interoperable virtual environment, privacy concerns may arise.

Surveillance, information control, regulatory enforcement, tax reporting, online radicalization prevention, and many other issues that have yet to be addressed will need whole new regulations in this virtual environment.

So what are your opinions on the Metaverse? 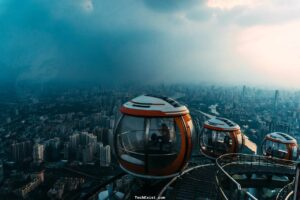 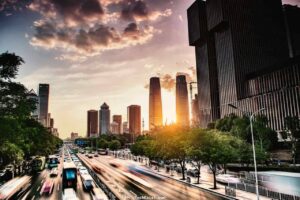 Everything About SpaceX Starship