Here are the best seven websites to utilize as an alternative to YouTube in 2022. Below, you’ll find a number of various video streaming platforms, each with its own set of advantages. It is up to you to determine which alternatives to YouTube best meet your requirements.

Let’s read on to learn about some viable Youtube alternatives.

In the first place, DailyMotion

DailyMotion is a household name because it is one of the most popular websites for watching videos online. DailyMotion is the best alternative to YouTube, and many video producers use it to distribute and promote their work.

For several reasons, DailyMotion might be considered a genuine Youtube alternative. Interface, functionality, support for many languages, localized homepages, and so on are all examples.

Dailymotion, like YouTube, can be accessed anywhere in the world. In addition, each region and country gets its own customized homepage, complete with locally relevant trending videos. There are roughly 18 languages that Daily Motion can understand.

DailyMotion is a top-tier video streaming site since it covers every major genre and topic, including sports, technology, lifestyle, fashion, music, comedy, politics, games, and live-streams.

Dailymotion, like YouTube and similar services, lets its users search for and find videos via a variety of categories, including tags, channels, and user-made playlists. The maximum size of a video file that can be uploaded is, however, 4 GB. Also, the maximum video duration for basic users is 60 minutes. However, if the user is not exceptionally proficient, this restriction should be adequate.

When it comes to making, publishing, and sharing professional-quality videos with people all over the world, Vimeo is among the most potent tools available. More than 60 million individuals throughout the world have put their faith in it. And it’s well-known for providing superior video quality to rival services.

Videos in practically every genre, from animation to arts and design to music to documentaries to travelogues and narratives, can be uploaded to this YouTube substitute. Vimeo’s wide number of supported categories makes it an adaptable video hosting service for a wide variety of customers.

Vimeo is the most dependable website because of its high standard of quality. Vimeo is ahead of the curve in terms of supporting greater bit rates and hosting videos in HD and 4k, but most video hosting websites make no guarantees about the quality of the streaming video they provide.

The highlight of Vimeo is what exactly? Vimeo’s ability to operate with no advertisements is the service’s biggest selling point. In response to your question, Vimeo does indeed provide an option for ad-free video playback. Vimeo, on the other hand, charges a small fee for each video you upload. Vimeo offers a free basic plan in addition to three paid tiers (Video Plus, Pro, and business) catered to a wide variety of customers’ needs.

You can upload up to 500MB every week with the free plan. Similarly, both the maximum size of uploaded files and the number of included features increase proportionally with the price of the plan. Actually, no. Vimeo provides everything a video maker or watcher may want in a video hosting service, including monetization choices, customer support, security safeguards, a dashboard, and analytics.

The URL for Metacafe is http://www.metacafe.com/

If you just want to watch videos without uploading them, Metacafe is the finest site for you. Metacafe, unlike YouTube and the other sites on the list, does not allow users to upload their own videos.

Launched in 2003, two years before YouTube, Metacafe is a veteran of the online video streaming industry. At first, the platform was similar to video-sharing sites like YouTube and Dailymotion. In addition, members might add their own materials. After a long dormancy, however, Metacafe was resurrected and is now widely recognized as a top media streaming platform.

The monthly unique user count for Metacafe in the United States alone is close to 12 million. Globally, the figure rises to 40 million every single month. Metacafe is the best entertainment site because of its extensive video library and abundance of short films.

If the stats are to be accepted, Metacafe receives over 53 million monthly video streams.

Favorite part?? Metacafe’s greatest strength is the extraordinary diversity of the short films it hosts. Movies, video games, TV shows, music videos, and even sports broadcasts may all be found on meta cafe. And Metacafe’s user interface is aesthetically pleasing as well.

The homepage of the website features a variety of sections, such as editors’ picks, suggested channels, new videos, top videos, and more. Additionally, there are only three options—”newest,” “most popular,” and “trending”—in the main menu. You can select a topic of interest and immediately begin watching videos from all over the world.

You can visit Veoh online at http://www.veoh.com/.

Video sharing platform Veoh operates in the same market as YouTube. Despite the fact that not all of Veoh’s capabilities are identical to those of Youtube, it is nevertheless regarded as one of the best Youtube alternatives. “One of the world’s most popular video content and Internet television sites” is how Veoh describes itself. Once you’ve spent some time on Veoh, you won’t be able to dispute that it’s a social media platform.

Veoh is the finest place to find videos of every length, from tiny clips to feature-length movies. Like YouTube and many similar sites, Veoh allows users to upload, share, and view videos, as well as other types of media such as music, games, slideshows, presentations, and more.

Veoh also provides a glimpse of a social networking service. A number of handy features are available on Veoh, including the ability to send private messages to other users, like videos, and organize them into playlists. On top of that, users of Veoh can engage in voice and text chat with one another while they watch their chosen videos.

Veoh is not just a top video sharing platform, but also a top social media website due to the many social media features it provides. There is potential for the integration of additional social elements in the near future.

Comparatively, Veoh has some advantages over YouTube and some disadvantages, making it an admirable substitute for YouTube. If you’re not happy with Veoh or don’t think it’s a suitable alternative to Youtube, read on for my other suggestions.

We’ll move on to another video-hosting service now, Flickr. As a platform for sharing photographs, Flickr has widespread acclaim. Despite popular belief, Flickr is not just a place to share and see photos; it is also a fantastic platform for sharing and viewing videos.

Yahoo owns and operates the photo sharing website Flickr. So, it is undeniable that this is a reliable platform. But I won’t say that Flickr is an ideal substitute for Youtube. However, it provides yet another avenue for video makers to attract views.

Video sharing on Flickr can be initiated with minimal effort. Seeing is believing, so go check out the site and start watching the films. If you wish to share the movie on Flickr, though, you’ll need to create an account. Flickr movies is an appealing video sharing tool because of the many additional features it provides.

Easy video searching, simple download options, the ability to leave comments detailing your thoughts on the video, and so on are just a few of the features.

You can increase the number of people who see your films on Flickr by becoming a part of a community or group there. Yes, Flickr supports groups and communities just like Google+ and other social networking sites. You may look for the communities you’re interested in, sign up for them, and then immediately begin discovering and sharing videos with the world.

In conclusion, Flickr is a solid service that deserves a try. However, it does not have all the tools necessary for sharing videos because it is not focused solely on that. This means it doesn’t have the requisite appeal to the general audience of people who enjoy media. However, you shouldn’t put your faith in anyone else but yourself.

I suggest checking out Flickr for videos on your own. First, determine whether or not they provide the satisfaction you seek. It’s possible to find satisfactory alternatives to Youtube if you find that its videos aren’t suitable for your purposes.

Twitch can be accessed at the following URL: https://www.twitch.tv/

Streaming service Twitch is an Amazon subsidiary. And in comparison to the other youtube alternatives on the list, it’s a very fresh platform for streaming videos.

In June of 2011, Twitch made its debut. Since its inception 6 years ago, Twitch has grown to become one of the most popular live video streaming platforms worldwide. You may find a wide variety of videos, movies, TV series, and games on Twitch.

Numbers about Twitch will wow you. Six years after its start, in 2017, Twitch already attracts over 15 million unique visitors each day. Similar to YouTube, Twitch relies on the work of a large number of video creators (2.2 million and counting).

In addition, the average daily video viewing time is above 106 minutes. As an additional note, Twitch’s Twitch Partner program boasts a sizable membership of over 25,000 people.

As a paid Amazon service, Twitch is an exception. If you’re trying to find a free YouTube replacement, this is obviously not it. If you don’t care about saving money and are instead interested solely in Twitch’s extensive library of high-quality video content, then by all means, give it a try.

Unlike on YouTube, the programming on Twitch is not interrupted by commercials as you watch.

The seventh item is the URL for the Vevo website: https://www.vevo.com/.

Vevo is the last option available. When compared to other Youtube alternatives, Vevo’s December 2009 debut is rather recent. Vevo has accomplished much in its brief existence. Since then, it has been transformed into a widely used platform for hosting videos.

An abbreviation for “Video EVOlution,” or Vevo. Every month, Vevo attracts a massive audience. Each month, Vevo users watch thousands of hours of video content. Vevo has teamed up with major labels like UMG and SME to bring you exclusive new material.

Vevo’s programming is mostly centered around music and concert videos. And apart from that, the films are of superb quality.

Vevo is, in a nutshell, the most superior alternative to YouTube for listening to music online. As a result of license restrictions, however, Vevo is now only accessible in select countries. To sum up, you need not worry if your nation is not yet among the Vevo supported countries. As of now, Vevo videos on YouTube can still be accessed through Vevo.

Vevo isn’t only a great site for fans of videos, either. Video makers might also benefit greatly from this sharing hub. When content creators on the Vevo website reach the milestone of 100 million views, they are recognized with an unique award.

Besides YouTube, Here’s Where to Stream Movies Online
If you want to watch movies online without spending any money, you should check out some of the alternatives to YouTube. Then, read this post to learn about the top movie streaming sites and watch your movie of choice in high definition online.

All the alternative youtube sites upload videos efficiently and offer specific features. Now that you know why you want to leave YouTube and start looking for websites like YouTube, you can decide which one is most suited to your needs.

The alternatives to YouTube are all fine with me. But do let me know, what’s your perspective on this?? In your opinion, what is the best alternative to YouTube?

Or do you know any additional systems which can be on the list?? Post your thoughts in the reply box. 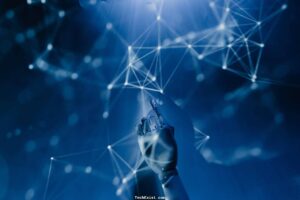 The Most Secure Dark Web Browsers 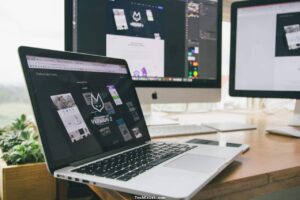